They have travelled together or separately, and know most corners of the country. Both are motivated by the desire to show another Ethiopia: that of resilient and inspired people, who are so lucky to live in a country with an extensive cultural and natural richness. But they do not hide the weaknesses either. 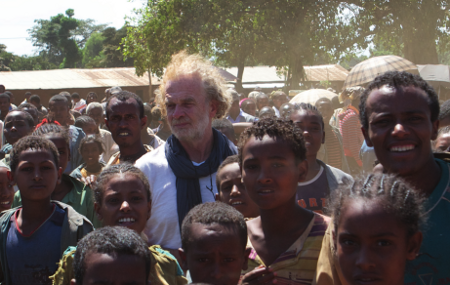 In 1996 I got to know Ethiopia for the first time. I travelled along mission posts, made friends and promised to return. During my second trip, the year thereafter, I was fully caught in the grip of this country with its fascinating history, splendid and varied nature, and friendly and proud inhabitants. A country where almost 90 million people live and that still is one of the poorest in the world. A country with a sometimes miserable image of famine, conflict and drought. During that journey, the idea arose to use photography and photo-books to make the other side of this image visible. Since then I have made seven more long trips and composed an archive with lots of footage. 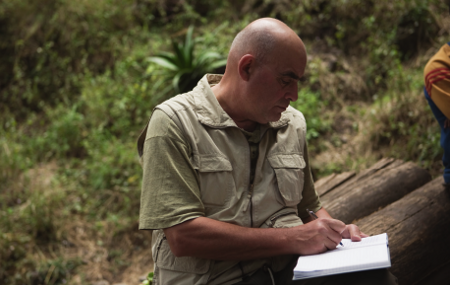 Between 1985 and the present time I have been often in Ethiopia. Mostly to make features, sometimes to do research. Especially the last twenty years the country has developed quickly, and here and there it becomes visible that in a few decades Ethiopia will no longer be a poor, developing country but become more average. My abhorrence of the violence in the country has always been amply compensated by the beauty of its nature and the challenges posed by its culture. I do not only mean its churches, monasteries and mosques, and their art-treasures, but also the question why Ethiopians are as they are? What do we have in common? In what respects are we different? Through the years I have been getting more and more in love with this country.